Our government must allow a vote from the citizens of Puerto Rico and the U.S. Virgin Islands.
Country or State no third choice.
and then back off and give in to their wishes.
While we are at it, back off the ridiculous debt made for the most part by this government!
And this is why it should be. 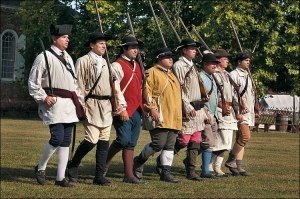 In 1776 a ragtag group of citizens went to war against an overpowering overlord (the King of the British Isles), to become a free country!
Why should this country overlord any other country or territory?
These inlands are not a country or a state.
However, at times a non willing possession!
http://aquaiaquineblog.blogspot.com/2018/04/puerto-rico-country-or-state.html
Puerto Rico’s Complicated History with the United States
It all started with
the Spanish-American War,
which began in the spring of 1898, when Puerto Rico was a Spanish territory. 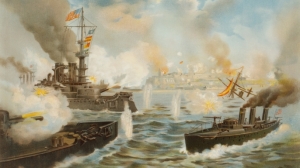 The U.S. invaded Puerto Rico not only because it was a Spanish territory,
but also due to its interests in developing a sugar market there,
says Lillian Guerra,
a history professor at the University of Florida.
https://www.history.com/news/puerto-ricos-complicated-history-with-the-united-states
In the first three decades of its rule, the U.S. government made efforts to Americanize its new possession, including granting full U.S. citizenship to Puerto Ricans in 1917 and considering a measure that would make English the island’s official language. However, during the 1930s, a nationalist movement led by the Popular Democratic Party won wide support across the island, and further U.S. assimilation was successfully opposed. Beginning in 1948, Puerto Ricans could elect their own governor, and in 1952 the U.S. Congress approved a new Puerto Rican constitution that made the island an autonomous U.S. commonwealth, with its citizens retaining American citizenship. The constitution was formally adopted by Puerto Rico on July 25, 1952, the 54th anniversary of the U.S. invasion.
https://www.history.com/this-day-in-history/puerto-rico-invaded
Also while we are at freeing these slave territories! 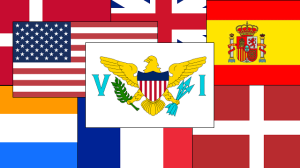 Organic Act of the Virgin Islands
October 1776. Although unofficial, the exchange marked the first acknowledgment of an American flag from foreign soil.
The U.S. Navy and the Interior Departments ran the territory until Congress passed the Organic Act of the Virgin Islands in 1936, which was revised in 1954.
Since then, the islands have held five constitutional conventions. The 2009 convention adopted a proposed territorial constitution that Congress rejected in 2010. The lawmakers and the Obama administration urged the delegates to try again. Accordingly, the convention reconvened in October 2012 to weigh revisions. But it proved unable to reach a consensus before an Oct. 31 deadline.
Today, the islands remain a U.S. territory, run by an elected governor. The residents are American citizens.
https://www.politico.com/story/2014/03/this-day-in-politics-march-31-1917-105176

4 thoughts on “Puerto Rico a country or a state!”