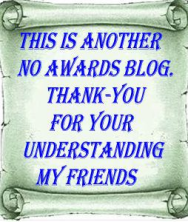 Although the Shechaim is the supreme ruler, women were the keepers of culture, ceremonies and the people.

Women were responsible for the social, spiritual and economics of the tribe.

The women of the tribe are matrilineal, meaning descent are traced through the women rather than through the male side of the family.

When a couple married, the man traditionally went to live with his wife’s Clan.

It is the Clan Mothers

that nominated their leaders to the Shechaim,

and are allowed to remove them from their position.

The women made sure the male leadership fulfilled their responsibilities.

Remember, traditional tribes in the east are not set up the same as the west.

A chief in a matriarchal society is anyone appointed by the Head Clan Mothers or her appointed Clan Mother, to do a job for the tribe, after the job is completed the chief’s position is also completed.

It was called that because it is a ceremony for woman becoming full blood members, or becoming a Matriarch tribal leader.

At the end of this ceremony one would be a full blood tribal leader of that tribe or clan, thus improving and keeping the tribe alive.

These Matriarch leaders are then responsible for the adoption of males into the tribe.