Once a friend, a friend is a friend forever?

I have had a battle for some time now with myself as to if I should be blogging what to most would seem a tribunal posting.

What better time to change my mind.

Thanksgiving and Hanukkah are on the same day and we were given an early present that looks something like a menorah but has beautiful bubble lights instead of candles.

This posting is about a past personal once in a lifetime experience.

However, because of my problems with the word religion and what this word means to any native American‘s past, I could not write without stepping on some toes as far as religion goes.

This must now stop!

Each time I see or hear anything about the Jewish people both good or bad and each time confused countries allow their people to try to disclaim a past horror, I am once again remembering about a time a number of years ago in my past that will always dispute their silly statement!

The Holocaust did in fact take place and millions of Jews and non Jews died needlessly at the hands of brutal insane power crazed men and women!

A very good friend of a Jewish family wrote a short comment about a photo I posted a few days ago. A good post to bring back many good memories, along with some sad.

A special thank you to my good friends

A menorah as a symbol of the Jewish holiday Hanukkah

The first menorah was created to hold seven candles. 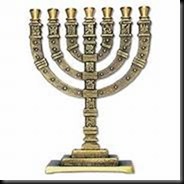 Hanukkah, menorah the Jewish seven-day battle against the Greek-Syrians has nine.

Mr. Gromyko a Russian Jew lived across the street from me in a town that my people call Uncasvillage, Europeans called Uncasville. 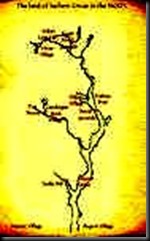 As a young boy, his family on a visit to Poland and relatives the Nazis corralled them and the rest of the Jewish people of the town into a concentration camp, my friend told me the name of the camp, I cannot remember.

I never knew his first name because, no need, he was an elder.

A Russian Jew in a Polish camp.

While living in Uncasvillage, across the street was his shop.

I use to walk around the shop talking with him and his family.

Many times he would come over to the house while I would be resting and just sit and talk old times.

After a few years of learning about my people, I got him to open up and talk about his past.

One day he showed me his arm and the numbers.

Even after all of those years a free man he still could not talk without crying, deep tears for all that were foolishly taken in front of him.

I still cannot, no need, go into everything that we talked about, far to horrible!

We both prayed in our own way and then he opened up about the horrible times that he endured and had seen and asked me to promise to never let that time in history go by the wayside.

I have kept that promise and will do so until my Crossing ceremony!

I have not placed our time together on any posting because I could not find a way to do so without embarrassing his family or his people?

Lately in the media so many people are trying to erase that horrible time from our history books.

This is so wrong in so many ways, you see, Hitler and his killers are to blame however, so are we in this so called free world, because we allowed it to go on for far too long and one must wonder just how much longer it would have continued if we were not forced into a World War?

My sweet pie also poster today, if you have time please visit?