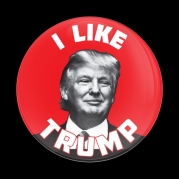 will get leprosy of the tweeter fingers?

Think about that for a while?

He thinks that he is the